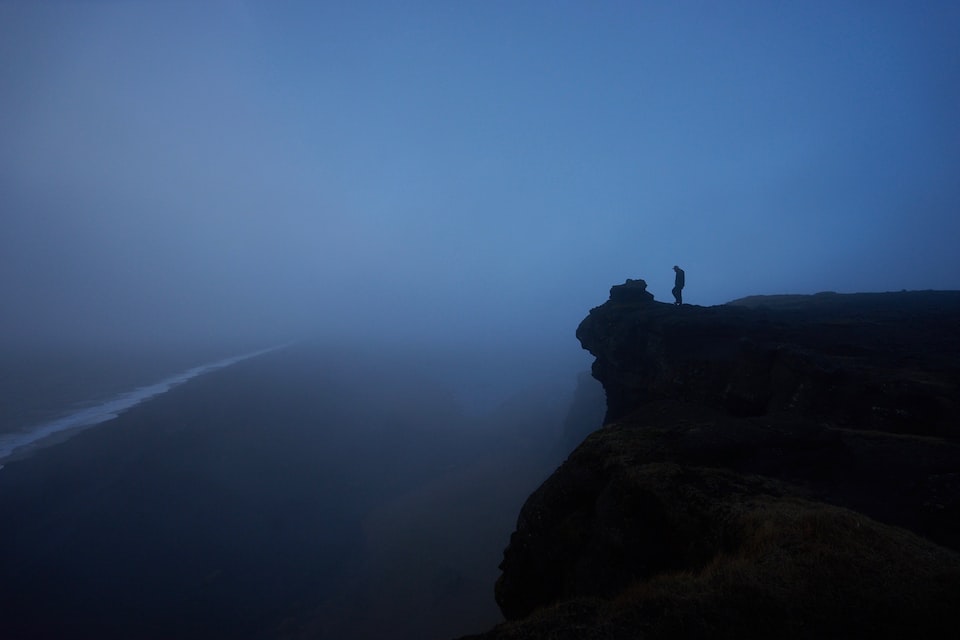 ONE: THE VOID. Undefeated this week, as it is every week, because it’s not looking at the abyss that kills you. It’s not even the abyss looking back at you, either. Hell, let it wave, tell it to take a picture. The abyss is just there minding its own damn business, 24/7, 365 days a year. Y’all are the ones who make a big deal out of it.

There are things that will kill you out there, though! So many things, and in so many stunning, endlessly cruel, and occasionally hilarious varieties of fatal.

For instance: Texas A&M, in the middle of year five of Jimbo Fisher’s reign in College Station, lost to little ol’ South Carolina and second year head coach Shane Beamer by a score of 30-24. The actual game played out worse than the box score would indicate: Only a late flurry of desperate effort and a garbage time scoring drive got the Aggies within striking distance, with South Carolina hammering down a win by applying running back Marshawn Lloyd until the Aggie defense broke.

An aside: Lloyd wears his shoulder pads way up around his ears, shouts out to all the running backs who look like they’ve been doing shrugs with ten plates on the bar.

Texas A&M lost their fourth game of the year to fall to 3-4. I mean to make this clear: There is no hope for them. Not now, as in the present, where their offensive genius of a head coach can’t muster more than 24 points and hasn’t for the better part of a year now. Not in the future, where five star filet mignon classes will be mashed into the ground chuck of Jimbo Fisher’s somehow insanely complex and yet simultaneously antediluvian 1999 NFL offense. Call it The JNCOffense: it’s baggy, inefficient, and capable of making vast amounts of money disappear into its pockets.

They built this overpriced, rickety airplane without exits or parachutes. The athletic director who signed Fisher in the first place shackled the school to Fisher for a guaranteed $75 million, and then left for the LSU job. Then the school extended him again with no one even in sight of demanding Fisher’s services, much less asking directly. This came after a 9-1 season in 2020, aka the pandemic season, aka a time when most teams threw the results out and considered all data an aberration at best. The Aggies took that as a sign to extend Fisher and raise his total buyout to $95 million in hard, lightly taxed American dollars.

As the kids would say: Texas A&M bled the bank for high mid — or more recently, less than high mid. Fisher’s teams have lost their last four games against unranked FBS competition. The man they fired to get Fisher, Kevin Sumlin, had a better record five years into his tenure than Jimbo. (Sumlin was 39-16 at this point; Fisher sits at 37-18 after the loss to South Carolina this weekend.) The offense reeks. The defense valiantly holds out, but ultimately folds due to lack of structural support.

UMass represents the only definite win left on their schedule. Their conference schedule – three home games against Ole Miss, Florida, and LSU, and a road game at Auburn – contains zero promises of hope. The preseason #6 team in the nation coming into this season now hopes to just make a bowl game, with considerable emphasis on the word “hope.”

I don’t have good news. I don’t necessarily have bad news, either. The recruiting classes ensure Jimbo can continue to claim the kind of unofficial offseason victories that kept Mack Brown in business for so long at Texas. That kind of talent wins six or seven games walking out the door in the morning. Throw in a generational quarterback once or twice and who knows, A&M might finally make an SEC title game or even win one. The sky, for one year out of ten at that point, might even be the limit.

It’s generally successful and idiot proof, even if national television commentators like Jordan Rodgers spend considerable time in the middle of a broadcast begging Jimbo Fisher to hire an offensive coordinator. (He will not!) It’s just that there is so much of this thing you’ve signed up for, Aggies. There is so, so goddamn much Jimbo Fisher football ahead, a full five years to come of wondering whether this simmering pot can ever be brought to a boil.

Signing someone to a deal this long in this day and age in college football stretches the very limits of what a football program means to a school. Is it a stable, brand-boosting exhibition event whose baseline excellence is fine on its own? Is it something that has to be first in order to mean anything, or at least better than third or fourth in their own division? Is it a tax dodge for hundred millionaires looking to funnel their cash away from the tax man and into a concrete luxury box full of their friends scarfing down lukewarm mini-sausages out of a chafing dish? One that will, through the magical power of “lying,” be tallied up somewhere as a “business expense” somewhere on a corporate tax return? What the fuck are we doing, exactly, with all this? What, across the void of space and time, is anyone doing by giving one man $95 million dollars to coach…this?

I don’t have those answers. I do have this proposal: It’s entirely possible, even probable at this point, that barring the discovery of a second Jameis Winston, Jimbo leaves College Station without a conference title or a national title. And that seems disappointing. Maybe not the worst thing fate could heave down the pipeline at the Aggies, no, but disappointing nonetheless.

Then again, maybe that’s the wildest part of all. Given the option to lock down ten years of this versus the wild blue yonder of what else could have happened, the Aggies might be fine with Jimbo's mere decent-ness. When it’s never been great, ten years of pretty good for the powers that be in College Station might be worth every penny, no matter what the fans might howl about. Maybe the point is to be good enough long term as long as things stay stable, championships and titles be damned. Maybe Iowa football, at long last, had the right idea all along in just being good enough to keep everyone on the hook.

For $95 million, though, you should at least get someone who runs a silent count for his offense on the road and doesn’t lose to Appalachian State at home. This remains the weirdest and most unbreakable cell phone contract of all time, and you are going to serve every day of that ten years whether you like it or not. Hope y’all love this flip phone. WHOOP.

TWO: TCU. Won 38-28 over the extremely respectable Kansas State Wildcats. TCU trailed by 17 against Oklahoma State and won earlier this season, so naturally what does an adrenaline junkie addicted to risk do to up that? Come back from an 18 point deficit against K-State to win and preserve its unblemished record and hopes at a Big 12 title. Endless respect to Sonny Dykes for doing the bare minimum movement in terms of locating a new employer who would pay him more and give him all of the amenities he liked in order to compete.

The next four games are both proof that if TCU wins out they need real consideration for the playoff AND that the new Texas/OU-free Big 12 still absolutely rules: at West Virginia, in Ft. Worth against a mean Texas Tech team, at Texas and Baylor in consecutive weeks, and then a finisher against Iowa State. That’s straight gas and mandatory viewing for the unvested neutral, even if they lose all five, because every game will feature at least one 14 point swing and horrendous mid-continental weather patterns.

However it works out for the football team, the pregame Hypnotoad video remains undefeated for the season.

THREE: OHIO STATE. Beat Iowa 54-10. Did a grateful nation the favor of pouring Iowa’s garbage smoothie offense directly down the drain, and then repeating that process whenever another score, by rule and definitely not by demand, wheeled the carcass of the Hawkeye offense out there. CJ Stroud is very good, if not Bryce Young good, and that slight differentiation might not even matter given the cast of football demons running routes for him. (The Buckeyes still don’t really even have their best threat, Jaxon Smith-Njigba, who caught one ball for seven yards coming back from injury before leaving the field again limping.)

Still, I’m mentioning them to say that yes, they took the trash out, but also to say that there are literally no other teams this year, or even in recent history, who will give them four scoring drives of less than 25 yards. The Big Ten might be, and this is a technical term here, “super ass,” but all Ohio State can do is keep hoovering up every five star recruit in reach and doing this to whatever the rest of the conference is calling football. (See: Iowa, whose depths this year might be the true void that stares back at you in college football.)

FOUR: OKLAHOMA STATE. Put Texas back into not-back status by beating them 41-34. God, the Pokes are just the hating-est program, year after year:

That’s just the recent spate of orange-clad hateration from Stillwater. This weekend’s installment was particularly hilarious given a.) the power disparity between the two programs, b.) the Longhorns impending departure from the conference, and c.) the Longhorns committing a blundering 14 penalties for 119 yards, and the Cowboys totaling exactly zero penalties for zero yards on the day.

Next thing you know, Texas, the refs won’t even give the opponent fifteen yards for hurting your feelings with a little index finger and pinkie extended downwards. If even the ever-loyal refs have abandoned you, it’s time to leave for the SEC. Like, yesterday.

FIVE: TENNESSEE. 65-24 over UT-Martin. Take that, Martin Who’s Too Good To Go To The Other University of Tennessee With Everyone Else. (UT-Martin still does have the superior rodeo team, though. Top 20, actually.)

SIX: TULANE. Defeated Memphis 38-28. Included mostly because “Tulane is 7-1,” and also because “if we were fielding a twelve team playoff, we um…might have to put them in at 12? Without any real choice in the matter, if we’re including all conference champions???”

Oh, and more importantly, Hot Boy Ronald himself appeared in the locker room after the Green Wave's win on Saturday.

Having the rapper who made your celebration song appear in the locker room is good for four points a game, easy. Wager accordingly.

SEVEN: ALABAMA. Beat Mississippi State 30-6, but more importantly continued Nick Saban’s unending quest to annihilate the Air Raid and obliterate its achievements from the annals of college football. I have no basis or evidence to believe this is a stated goal of Nick Saban, but accept it as fact anyway. Just look at how much hate they play with whenever Mike Leach makes the mistake of showing up to play Nick Saban’s football team: Three years, three games, and fifteen points allowed total. That man haaaaaaaaaates that shit. 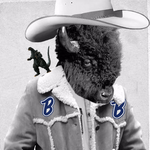